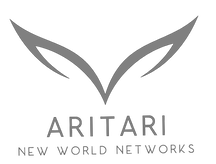 These tools are designed to simplify deployment and management of CPE devices for organisations. They will allow a Reseller/Service Provider to manage the sale and provisioning of customer endpoints from a centralised system. Once set up the system allows administration staff to configure and ship endpoint devices by just assigning a device MAC and product type to a customer database. It keeps track of which devices have been deployed and, optionally, details of billing periods, costs etc. Once deployed, products can be changed in the database to enable configuration changes and upgrades of customer CPE devices. This system can be supplied as a managed service or one managed by the service provider themselves.

​Operational Overview Fundamentally, this system allows the reseller or service provider to ship all CPE devices with the same basic configuration, which would normally cause the device to do the following:
Obtain a LAN IP address and gateway via DHCP. Connect to a remote provisioning server using DNS.
Prior to shipping, the provider assigns the MAC address of the device to the customer in the database, as well as the specific product type. The product type defines, for example:
The hardware type of the CPE. Allowed number of calls. Link bandwidth. RAIN/Bonding Redundant links
When a customer receives a CPE device, they simply connect it to their network and power it on, at which point it will connect to the provisioning server using a VPN tunnel. The provisioning server will then supply a configuration for the device based on the product parameter, which will then cause the CPE to reconfigure itself and connect to the production server.

ViBE version 7 will add layer 2 network support for tunnels, whilst continuing to support all optimisations for voice and data previously supported at layer 3. This allows networks to be joined at the broadcast level, so that devices at either end of the tunnel ( or via multiple tunnels ) can appear to be connected to the same LAN.
VLAN tags ( 802.11q ) are also supported allowing multiple customer virtual networks to be carried within tunnels without those networks being visible to each other. In addition, QinQ ( 802.11ad double tagging ) is supported meaning many customer networks can be carried through tunnels, each having their own set of internal VLANs. ViBE also has the ability to filter VLANs so that only those allowed to be sent via a given tunnel will be.
Layer 2 offers many new deployment scenarios and allows a provider to supply true MPLS-like services without needing to have expensive dedicated links. Backbone links can be configured in a much more ad-hoc fashion, with traffic being routed and re-routed as appropriate in the case of link failures or additions. Some examples of use cases include:
VRRP can be used across links to provide geographically redundant services for either the provider or their customers. A provider with their own AS can use BGP to announce that AS in many geographic locations using a ViBE backbone to join and route traffic as required. Routing protocols such as OSPF can easily be deployed across sites. IGMP snooping allows multicast traffic to be routed efficiently.


Refresher on other functionality already available

ViBE and its operating system form an extremely flexible SD-WAN solution for customers, resellers and service providers. What follows is a summary of those features prior to the release of orchestration and V7 detailed above.

Main Operating System Features
This section lists the main abilities of the operating system on which our server and CPE devices run, with a brief description. Some of these features rely on the communication channel ViBE provides, which will be indicated in the description where applicable. This isn’t meant as an exhaustive list, rather an overview of some of the less obvious options useful in an enterprise installation.
Multi-Tenanted Virtual Routers
A single server may have many virtual routers, each with its own physical or virtual interfaces assigned. Specific users can be given access only to specific virtual routers, allowing a single device to serve many customers.
VRF Support
This allows separate networking domains containing specific physical or virtual interfaces within a routing domain. It’s useful for interfacing to MPLS or similar network topologies, and for keeping private customer networks separate.
CPE Control
CPE devices connected to a server can be remotely upgraded or rebooted by schedule or immediately, logs can be viewed, and so on. This requires the ViBE V6 binary.
CPE Configuration
CPE device configurations can be created on a server and deployed to a CPE when it connects, allowing the possibility of zero-touch deployment of CPEs. These configurations can be created from templates ( which are also creatable on a server ) tailored for specific scenarios. The GUI presented by a template can be customised to only request information that changes, such as a LAN IP address for example. A CPE would have a standard stored configuration which simply connects to a server for normal operation. This could then cause the CPE to connect to a different SD-WAN node or the one that configured it. This requires the ViBE V6 binary.
Custom Branding
The GUI logo and colour scheme can be customised to present customer branding. Any upgrade to the system preserves this branding across the upgrade.
Custom Configuration Whilst most common configuration scenarios can be catered for in the GUI, the OS contains various hooks which allow customisation beyond what’s possible using the graphical interface. As an example, whilst the firewall can be configured in many ways using the interface, since the OS uses a Linux kernel there are so many possibilities that creating a system which allows for every eventuality is next to impossible. A custom script can be installed which is executed whenever the firewall is rebuilt, allowing for these additional variations in firewall, QoS, and so on. All of the various custom hooks also survive an upgrade to the OS.
Full System Customisation
It’s also possible to add customisations that aren’t available via other means by adding an archive file containing additional files or scripts, which are applied to the OS whenever it is upgraded. In this way it’s possible, for example, to add some of the many available software packages that run on a Linux OS. Care should be taken to test upgrades when this method is used, however, since we don’t guarantee binary compatibility between upgrade versions.
Diagnostics and Testing
The ViBE binary provides various statistics and monitoring of the tunnels it controls, many of which are available via the GUI on the OS. However, since the system is a Linux distribution in its own right, there are various utilities and functions built in to aid diagnostics and testing. These include the standard ping, traceroute, tcpdump ( for capturing network packets ) and so on, but also various less well known programs such as SIPP ( for generating “fake” RTP streams. ) There is also a kernel module called “netem” included in most of our platforms, which adds the ability to use the router as a network test platform, introducing latency, packet loss, bandwidth restrictions, jitter, etc into the network.
Standard Router Functions
​ Some of the standard modules included are BGP, OSPF, RIP, DNS proxy, DHCP server, PPPoE, traffic graphs, export to netflow analysers, SNMP, VRRP for failover, CDMA dongle support and WiFi support. Anything that can be part of the Linux kernel or achieved using Linux software can be added based on customer demand and suitability for our system.
Access control.
It is possible to create users with their own username and password which allows them access to the server or CPE GUI but the pages they can view can be individually restricted on a page by page basis. Pages can also be configured as “read only” so that users can view, but not modify, configurations.
Configuration snapshots.
It is possible to take a snapshot of the current configuration of a server or CPE that will automatically be re-deployed after a configurable time after a configuration change is saved unless subsequently cancelled. This is especially useful when making changes that might otherwise accidentally render the device inaccessible. For example , firewall changes or interface address changes.

ViBE SD-WAN/VPN Features
These are the features provided by the ViBE binary itself, and are hence also available on our OEM partner devices.
Multilink/Redundancy There are various ways in which multiple tunnels//links can be used to improve throughput and/or reliability. As far as traffic through the tunnel is concerned, these appear as a single link//tunnel and if routing of the tunnels//links needs to change due to network issues, this will be totally transparent ( i.e. there will be no routing changes as far as the “inner” network is concerned ) Network Optimisation/QoS
ViBE performs various optimisations by default, and has additional options to improve throughput of TCP connections and to prioritise certain traffic. TCP Deduplication ( Version 6 )
This employs a cache of data on the local CPE and the server, which are synchronised. If a block of data ( note, not a whole file ) has been seen previously, one end will tell the other to refer to the stored block rather than sending the whole block again. In extreme cases ( such as downloading the same file again ) this can improve transfer time by many orders of magnitude. However, the use of this feature needs to be carefully considered. For one thing, for best performance it requires devices with large memory and storage capacities. Also, if encryption is used through the tunnel, it’s unlikely an improvement will be seen, since the point of encryption is to make data look random, and random data won’t be seen more than once. One application might be to deploy a ViBE appliance in Azure, and to use unencrypted SMB for file sharing to the Azure domain. ViBE tunnel encryption would be used to ensure the privacy of the data in transit.
Packet Routing
Each link from a server to a CPE is associated with a set of network routes, and also an optional “VPN ID” which can group certain CPE devices so that they can not be “seen” by CPEs in a different VPN. Servers can be connected together by tunnels in order to create a multi-site or even global network, though currently there’s no way to keep CPE groups separate across these backbone links ( though layer 2 can be used for this when released in 2021. ) ViBE Communication Channels ( Version 6 )
From version 6, there is an encrypted communication channel that is used to send information and data between tunnel endpoints. This facilitates the remote upgrade and configuration features of our operating system. The actual communication protocol is built into the binary itself and would be retained if ported to another system ( though external “helper” code would be needed to make use of them in some cases. )
The configuration of an endpoint determines whether a specific channel is available or not ( for example you wouldn’t normally want a CPE being able to upgrade a server or view its logs.) Monitoring
​ViBE tunnels are continuously monitored in real time for packet loss, latency and jitter. Due to the unique way the protocol works, this data is that of the underlying link, even if the tunnel is saturated with traffic ( where normal “pings” would show very high latency because there’s no space on the link to send the ping packet. ) If EsP is enabled ( V6 ) the links are also continuously monitored for throughput, and the tunnel bandwidth setting adjusted accordingly. Version 6 also monitors all of these parameters in near real time ( previous versions used a rolling 20 second period. )
The monitoring data is available using a companion “vibe-stat” application, which is the way the running ViBE process is controlled. The GUI of the OS makes this information available, plus SNMP can be used.